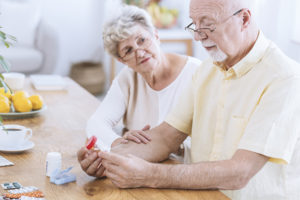 As the expression goes, if it sounds too good to be true, it probably is. This can certainly be applied to the latest increase of companies offering alternative supplements, dietary programs, and herbal concoctions in an effort to treat, or at least lessen the effects of Alzheimer’s disease. The Alzheimer’s Association aims to warn us, however, to proceed carefully when investigating treatment ideas for a loved one with dementia – and always obtain the health care provider’s approval prior to trying anything new.

Some of the recent trends in managing the disease, that are outside of the FDA’s research and approval process, and generally are predicated on personal testimonials rather than fact-based science, include ginkgo biloba, coral calcium, coconut oil, huperzine A and CoQ10 – an antioxidant produced naturally but in declining amounts as we get older. In particular, the Alzheimer’s Association reports their concerns about these and other well-known alternative treatments:

The bottom line? Speak with the senior’s personal physician about treatment plans for Alzheimer’s and follow his/her instructions carefully. For additional details on safe and effective Alzheimer’s care, available in the convenience of home, get in touch with North River Home Care’s specialized dementia care team. Our care staff are fully trained and experienced in patient and compassionate Alzheimer’s and dementia care, allowing seniors to keep the highest possible quality of life, safety, independence and respect. Contact us today at (781) 352-0939 for a complimentary in-home consultation to learn more.