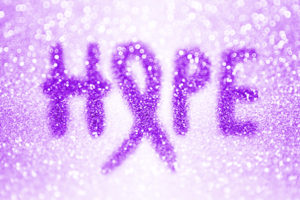 We’re always thrilled to share the latest developments in the battle against Alzheimer’s disease, but none have looked quite so promising as the latest: aducanumab. In its first clinical trial, scientists observed a significant decrease in the level of amyloid plaque in the patients’ brains, and even better, “This is the first antibody tested where the people who had the greatest removal of amyloid from their brains also saw the greatest stabilization of their clinical decline,” according to Dr. Adam Boxer of the Memory and Aging Center at the University of California, San Francisco.

Unlike existing treatment options with limited and short-term effects, aducanumab’s halting of further memory loss offers an unprecedented level of hope – and may be available to patients in as early as five years. The goal will be to treat those who are known to be at risk for developing Alzheimer’s before the onset of symptoms.

As exciting as these developments are, there are, naturally, potential downsides to address. In those who received the highest dose of the drug in the first phase of testing, brain bleeding and swelling were noted. The next series of tests will include a larger number of participants, for a longer duration of time, and careful evaluation of risks vs. benefits.

Currently impacting as many as 5.3 million Americans, and projected to increase to an estimated 16 million by the year 2050, the effect of Alzheimer’s disease is catastrophic. One in three seniors dies with some form of dementia, and at this point it’s the only cause of death within the top ten in our country without a cure or prevention.

And if that weren’t concerning enough, the financial burden is staggering to our nation: $236 billion in 2016 alone, with half of that cost attributed to Medicare – slated to grow to a whopping $1.1 trillion by the year 2050, according to the Alzheimer’s Association.

At North River Home Care in Massachusetts, it’s our dream to see the day when the struggles of Alzheimer’s disease become a memory. In the meantime, we’re here with specialized dementia care, provided by trained experts who bring enhanced quality of life and wellbeing to seniors diagnosed with Alzheimer’s. Whether the need is for help with personal care such as bathing and dressing, light housework and laundry services, transportation and errand-running, or simply a kind, patient companion to engage the senior to the greatest of his or her ability, North River Home Care can help.

Contact us for more tips and resources, or to allow us to share more about how we can walk beside you and your loved one throughout the stages of Alzheimer’s disease.